Crisis. It’s a word that has deeper meaning to all of us right now. As our country – and the world – face much uncertainty in the coming months, it is important that we care for each other well and look for hope in the only place it is found – Jesus. 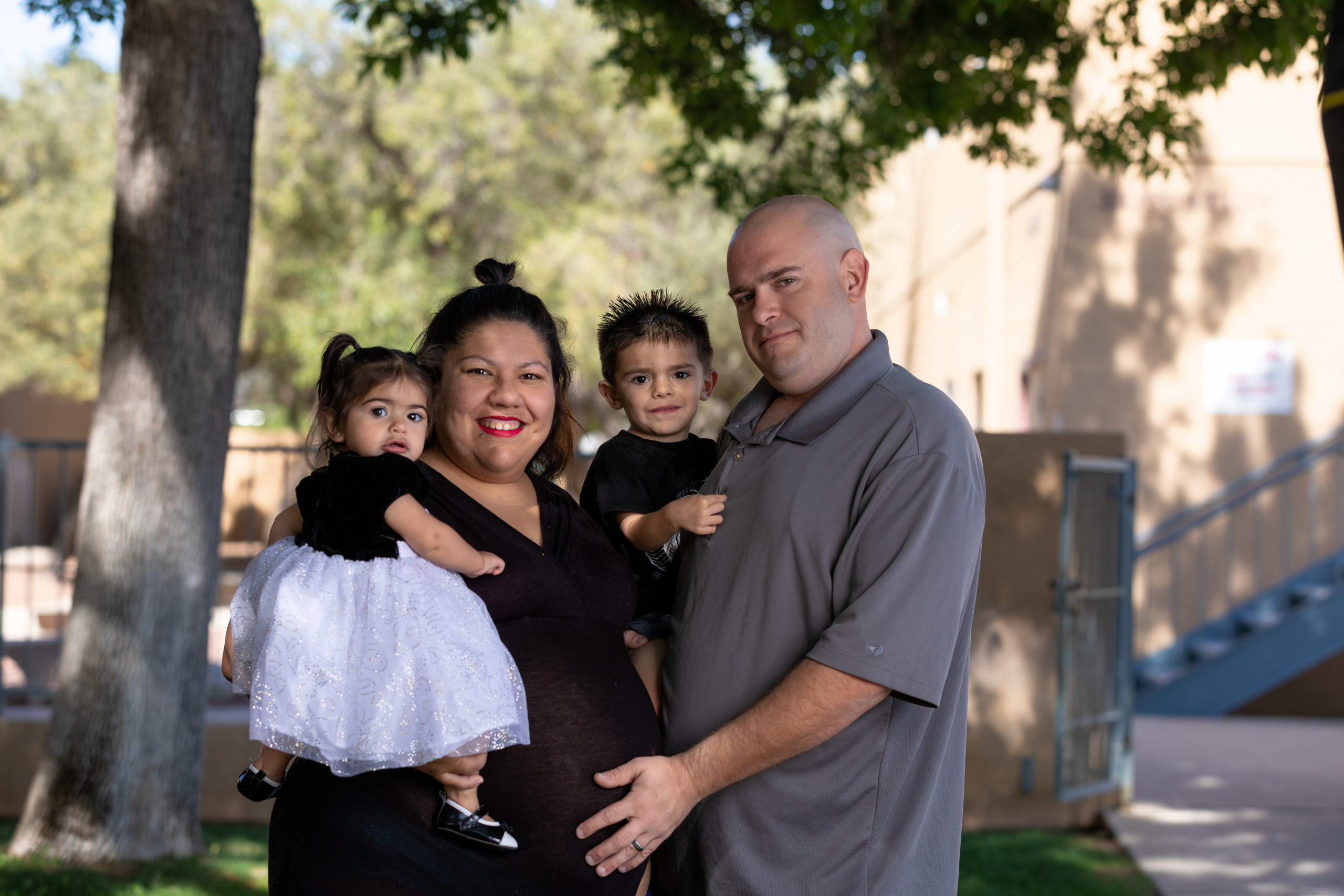 Desiree and Nick were in crisis when they found ABCS. Like many families who come through our doors, they desperately needed the hope and care ABCS provides. They first came to New Life Pregnancy Center for resources and began attending parenting classes. At the time, they had one young child and Desiree was expecting their second.

They were faithful to attend classes together regularly. As pregnancy center staff and volunteers began to build strong relationships with Desiree and Nick, the couple began to open up about their lives. It became clear that they needed more support as their family was experiencing tough times. The team told them about ABCS’ New Life Transitional Program, a long-term program that provides education, resources and training for individuals committed to improving their lives and achieving stable living.

The program was a good fit for them. After going through the application process, Desiree and Nick moved into the transitional program apartments. They began attending various life skill classes and Bible studies together, and received couples and individual counseling as well as mentoring. Although Desiree and Nick were raised in the church and are people of faith, the transitional program helped draw them closer to God and to each other.

Desiree shares, “If it wasn’t for the program, our marriage would not have made it.” Desiree and Nick recently graduated from the New Life Transitional Program in 2019. They now have three children three and under! Desiree has made adjustments so she can stay home with their young children. It’s challenging keeping up with them, but she is a great mom. She and Nick just bought a home for their growing family.

Desiree and Nick continue to attend parenting classes at New Life Pregnancy Center to help them be the best parents they can be. We praise God that He kept their family together through financial and relational struggles. God preserves many families – often generations of families – through his loving grace and the ministries of ABCS.

For 60 years Arizona Baptist Children’s Services has been providing hope and care to hurting children and families like Desiree and Nick’s. The need is even greater now as many more families are in crisis. As a Christian social service agency called to serve “the least of these,” ABCS aims to remain open for as long as we’re able, while taking extra precautions. Together we meet practical needs while sharing the love of Jesus. Your support allows us to continue to serve during these times.