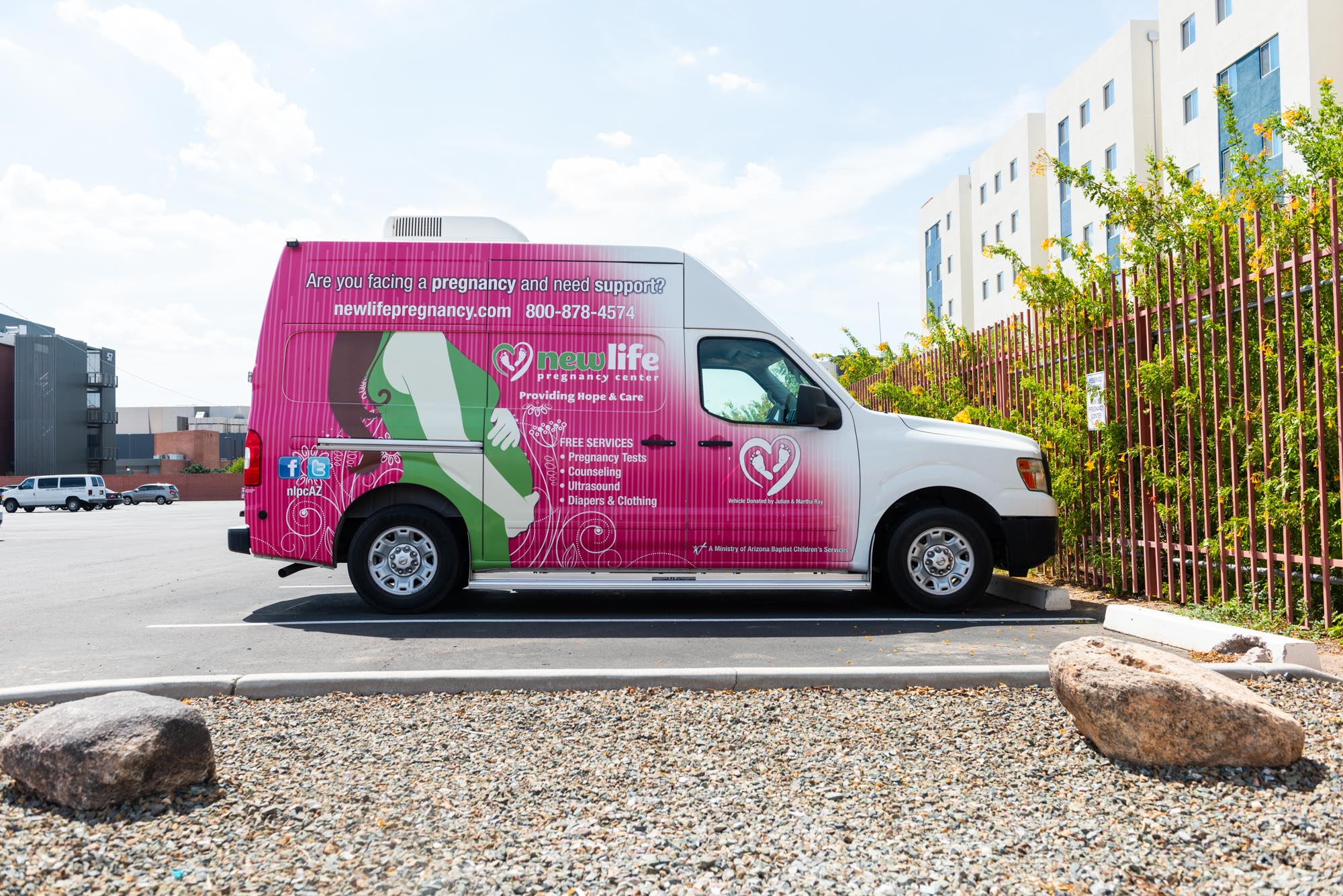 When Julian and Martha heard that the Phoenix area New Life Pregnancy Centers (NLPC) were receiving a portable ultrasound machine from a partner organization, they wanted to make sure the machine would be able to travel between centers. They gave Arizona Baptist Children’s Services a gift of stock. The ultrasound van was purchased through the sale of their non-cash gift, allowing for the ultrasound machine to travel to the five pregnancy centers in the Phoenix-metro area and to spread the word about services offered by NLPC. The ultrasound van and machine have proven to be lifesaving equipment. Following is one of the many examples of the impact Julian and Martha’s gift has had in convincing mothers to choose life over abortion.

A client called the New Life Pregnancy Center seeking information on the appearance of unborn babies. She wanted to know whether it is it true that an 8 week pregnancy “just looks like a bunch of tissue” as she had been told by an agency that offers abortion. The client was encouraged to come to the center and told that the ultrasound van would be available to provide a non-diagnostic ultrasound for her.

At that appointment, the client’s pregnancy test was positive and she consented to the ultrasound.

“Ah! There’s your baby!” said the technician. On the ultrasound monitor there was an energetic 10 week fetus jumping and stretching. After printing several photos for the client and completing the paperwork, both the director and the ultrasound technician talked with the client about whether she was still considering scheduling an abortion.

“Not after what I just saw,” she said.

Many other mothers have chosen life for their unborn babies only after seeing on the ultrasound screen that there truly is a life growing inside of them. Because of Julian and Martha’s gift, New Life Pregnancy Centers can have a wider impact in helping abortion-minded women choose life for their children.