Joy and Tyler Voas began their foster care journey a few years ago. Like many couples, they wanted to become parents but had difficulty getting pregnant. While they explored other options for starting their family including private adoption and in vitro fertilization, they decided foster care was the right path for them. They saw the opportunity for ministry after learning about the many children who need care. Their understanding of the Biblical command to care for orphans and the value God places on each life He creates in His image helped inform their decision.

Tyler shares, “We started looking into foster care. We thought ‘this is a great ministry.’ Even though we might not have a chance to adopt any of these kids, it gives us a chance to parent the kids, and then if the Lord sees fit that we adopt a child through that, then that’s great too.” Joy agrees. She says they didn’t go into it thinking adoption was the only option. She knew the goal is always reunification with the family. After starting and stopping the licensing process before finally completing their classes and paperwork, Tyler and Joy opened their hearts and home expectantly.

Within two hours of saying “yes” to their first foster placement, they instantly became first time parents! Joy ran to Walmart quickly to pick up much-needed items for the baby. When she got home, the case manager was already there with an 11-month-old boy. Although they had little information on the baby when he first arrived, they found out the next day that he had been disrupted from his great grandmother’s home because she was unable to care for him. The Voases were shocked to learn that the parental rights had already been severed and the case was moving towards adoption. The case manager assured them they would be able to adopt baby Mason.

Foster care is consistently inconsistent. Each family faces ups and downs and surprises because there are many variables and people involved with each case. The Voases were no exception. After four months of caring for and loving baby Mason, he was removed to go live with his grandpa. They were devastated. Tyler describes it as a “gut punch” when they found out he would be leaving. Despite their grief, they agreed to take in a newborn baby boy just 24 hours after Mason left. A month later, they also took in the baby’s 11-month old brother.

When Mason left, Tyler wrote a letter to his grandpa who was also caring for Mason’s older brothers. He told him not to feel like he is the only option. Tyler shared that he and Joy would be willing to take Mason back and adopt him if it became too much to care for three children. Three months later the grandpa reached out to Tyler and said he had been considering what he wrote and thought it would be best if the Voases adopted Mason. They were overjoyed to welcome Mason back and were now parenting three boys ranging in age from 3 months to 18 months. As first-time parents! Joy was also working full time and Tyler was in school and working. The brothers they were fostering reunified with their family. Tyler and Joy were able to build relationships with their parents and were happy to see them back together. Mason stayed with them and was adopted. They were now a forever family.

These early experiences gave them a good perspective as they moved forward with their foster care journey. After adopting Mason, Joy quit her job to be a stay-at-home mom. Over the next couple of years, they fostered six more children and adopted two of them. Soraya was the next child placed with them. A case aide who is a friend of Joy’s had called her one evening about this little 15-month-old girl because she was going to have to stay the night at a Department of Child Safety (DCS) office. The Voases had been on a brief break, but Joy told the case aide to bring her over and agreed to keep the baby for a night or two. Tyler was in class that evening so he was surprised by the news. He called Joy right away after seeing her text, and the first thing she said was “Don’t be mad…”. But the next day they called the case aide to say Soraya could stay. Nearly two years later they adopted her!

“I always think it’s crazy the relationships that you build. The reason that we have Mason is because we reached out to his grandfather. The reason we got Soraya is because I knew that case aide… so she just happened to call me to say ‘do you know anybody?’”, shares Joy. They welcomed two more foster children after Soraya and had four children under the age of three for a while!

Rowyn became their third adopted child. Her story is unique because the biological family asked the Voases to adopt her. Rowyn is Mason’s little sister. Their great grandmother had called Joy to ask if they were open to adoption. Joy and Tyler were able to meet Mason’s mom for the first time, and Joy was in the delivery room with her as she gave birth to Rowyn. They were both crying and hugging. It was the day after Christmas, and just six days since they had received the first call! They ended up taking her as a foster child while waiting on paperwork. There was a lot of uncertainty about the future as the case plan evolved and other family members surfaced. However, Rowyn was adopted at 14 months-old. The Voases decided to close their license after adopting three children. But God wasn’t done yet. 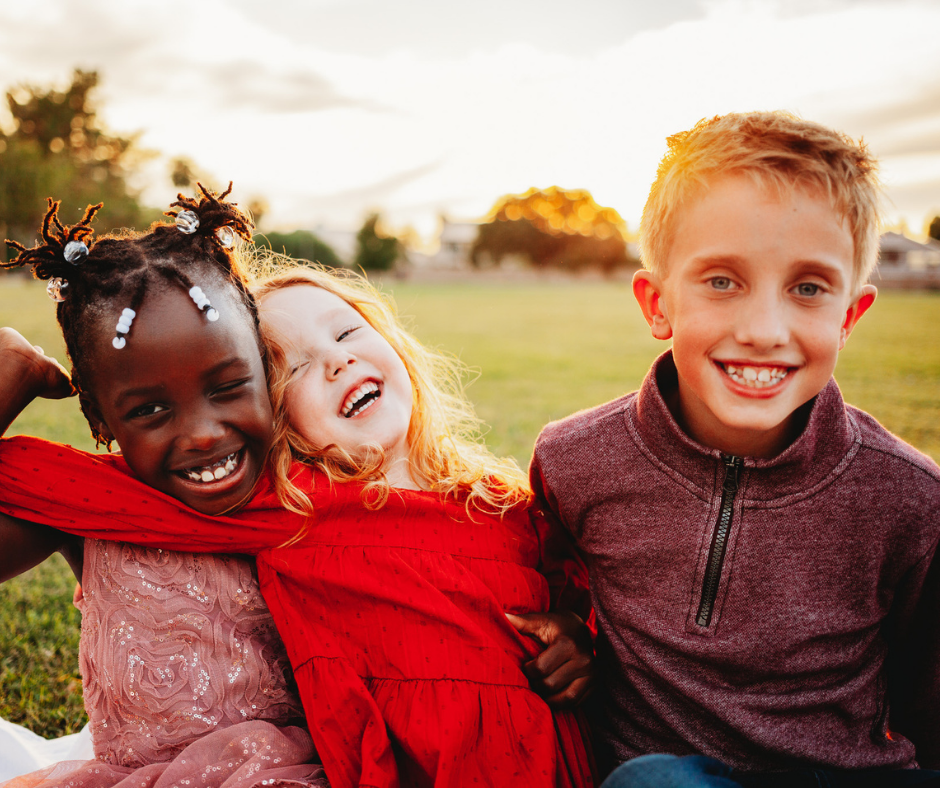 Many foster families have understandably had to close their license over the past year and a half due to the extra stressors of the pandemic. Providing foster care can be challenging in “normal” seasons of life. With some families stepping away for now, the already great need for foster homes has increased. Re-enter the Voas family. After a two-year break, they decided to reopen their license earlier this year.

“I had just started seminary. The timing made absolutely no sense. It was literally the busiest I’d ever been in my life.” Despite this, it was in one of Tyler’s seminary classes that the call to foster was reignited. The professor was talking about radical hospitality and using foster care as an example. Tyler asked himself “What am I doing?” He had a moment of clarity where he realized he’s sitting in a classroom preparing for ministry, when the Lord has already given him a ministry to do. He went home and asked Joy if she ever thought about reopening their license. She answered, “Yes! All the time!”

They expedited their license to be able to take 18-month-old Keisha* who was being disrupted from her current foster home. Precious baby Keisha came with Covid and the entire family soon had it. Thankfully, their cases were mild, and everyone recovered quickly. During this time, shortly after Keisha arrived, they received a call about a baby boy. Joy learned that the newborn who was currently in the NICU was the baby brother of Mason and Rowyn. She cried and thanked the case manager for checking the file to see who had adopted his older siblings. The day after their quarantine ended, baby Austin* was released from the NICU. If they hadn’t reopened their license when they did, they would have missed this opportunity to foster and potentially adopt Austin. God’s timing is perfect.

They are currently a family of five. The case plan for Keisha is reunification, but baby Austin’s case plan is moving towards adoption. Joy and Tyler hope he will be able to join his siblings as a permanent member of their family. One of their biggest challenges as foster parents has been the uncertainty surrounding each adoption. But the trust and comfort they have in knowing that God has a plan in the midst of utter chaos is a great blessing. “Relying on God to give us the strength in the difficult times and knowing that He does and He will is a huge motivator to just persevere.” Joy adds, “The Lord knows who your children are going to be.” *Names changed

HOW YOU CAN HELP

PRAY. For more families to say “yes” to help meet the growing demand for foster homes. For families who are currently fostering during the pandemic, had to close their license or are raising adopted children. That God would provide them with everything they need.

LOVE. Are you called to foster? Consider learning more about becoming licensed, or share the need with others. Tyler and Joy want to say to potential families that it’s never the “right” time. Joy shares, “You have to pray about it and realize that you can do it.” Visit abcsfostercare.com to learn more.

GIVE. Your generous gift will help provide hope and care to families like the Voases by providing them with the support they need from their licensing agency. You can give a gift by visiting abcs.org/fosterlove!