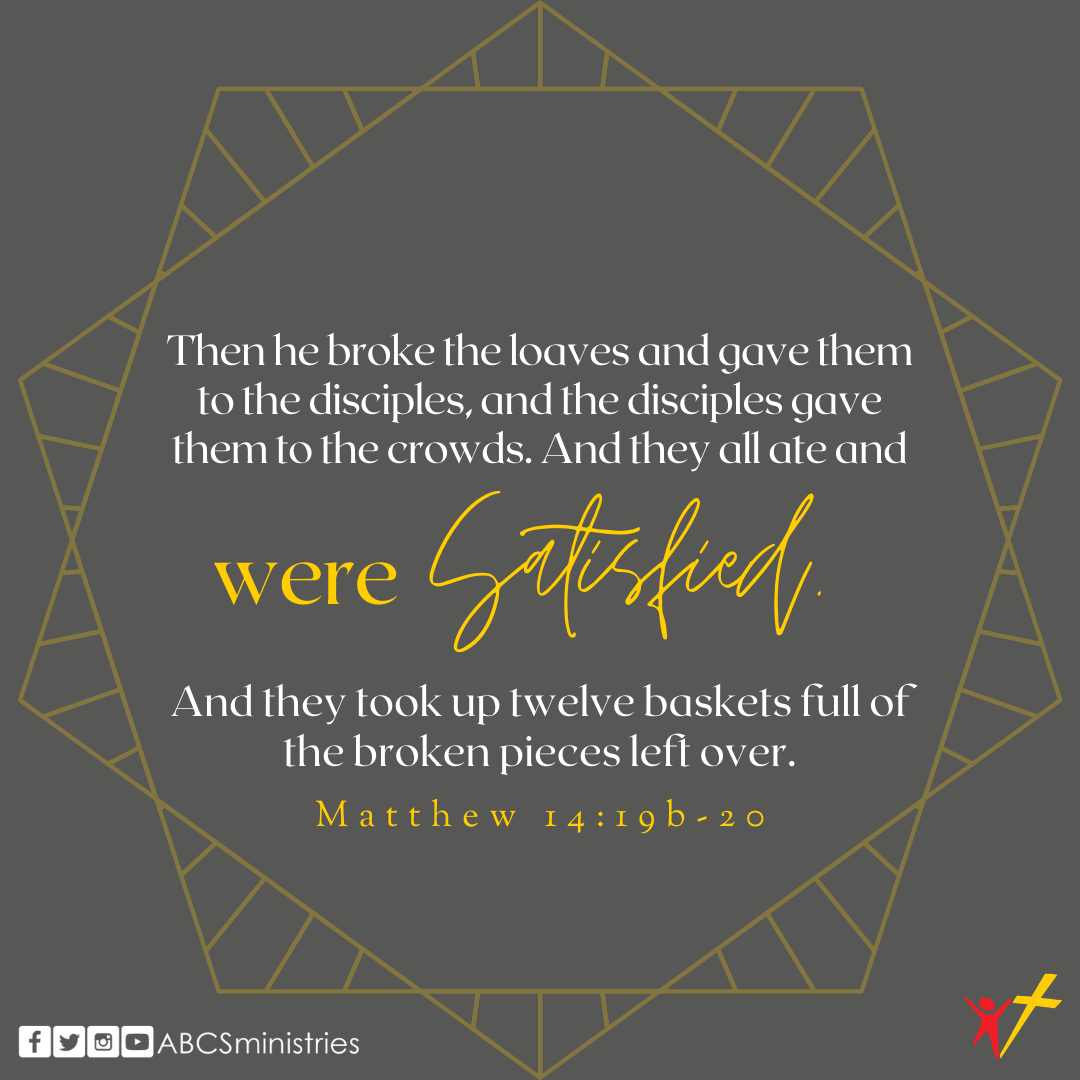 Sometimes not knowing what is next can be exhilarating—like coming home to a surprise birthday party put on by all of your favorite people. But realistically, most of us prefer a heads-up. We want to be prepared for what’s next. However, God’s plans for us are greater than our own. When we are in uncharted territory, He shows up in big ways.

In this passage, Jesus had withdrawn to a “desolate place” upon hearing the news that John the Baptist was killed. Crowds of people followed Him and He took compassion on them as He began to heal the sick. This was during the time of Passover. The disciples essentially told Jesus, “Look, it’s been a long day and we are not prepared to feed these people.” Had everyone known ahead of time to pack a lunch, they would have missed what happened next. Jesus took five loaves of bread and two fish from a boy in the crowd, gave thanks and broke them. When Jesus distributed the bread and fish to the thousands of people in the crowd, there was an abundance of food leftover. Everyone’s appetite was satisfied and when the disciples picked up the leftovers, there were twelve baskets full of food.

Had the disciples purchased food for the crowds, it still would not have been enough to satiate the hunger of all of those people — only Jesus could do that. It would not have set the scene for a miracle. Instead, they brought what they had, Jesus blessed it and multiplied it and no stomach was left empty. Today, in the midst of unknowns, the best thing we can do is to “bring our baskets”. We do this by being good stewards, by using what we have been given to serve hurting children and families. Our loaves of bread and fish in this ministry might look different than in Matthew 14. Instead, it might be boxes of food given to families and baby formula shared with moms. It could be having a conversation with a senior adult who is unable to be with their family or praying with families who are separated by difficult circumstances. When we “bring our baskets”, we are bringing all that we have, however much or how little, and preparing for God to bless it abundantly. How awesome it is to see His plans come to fruition!