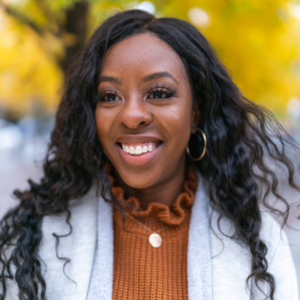 Danielle* is a mother of two children and has an open case with the Department of Child Safety. She previously struggled with addiction and was separated from her husband. A year ago, she had her first supervised visit with her children at a rehab facility in Mesa. She was excited about getting help and was determined to succeed. At that visit, her ABCS parent aide let her know that with the help of Jesus, she could do it. Danielle mentioned that she was already attending church services at her facility and that they were helping her.

During her services, Danielle’s parent aide would regularly transport her two children, Jacob and Yasmine*, from the homes  they were placed in Yuma to visits with their mom in Mesa. After talking with both children, her parent aide could tell that they had been through a lot. The good news was that God was at work in their lives! Yasmine was placed with a foster family licensed through ABCS and was learning about Jesus. She was talkative on car rides to visits and would even tell Jacob about Jesus and going to church. He was engaged in their discussions and would listen and ask questions.

Eventually, visits were moved to where the kids were located in Yuma and Danielle was assigned to different parent aides through ABCS. Because of this, Danielle and her original parent aide didn’t get to see each other as often. When they did see each other, Danielle would always ask her for prayer.

Recently, Danielle had a visit with her children in Yuma where her original parent aide was able to supervise it and catch up with her. Danielle and her family have continued to make great progress! She is now at home in Tucson and doing well. Because of everything she had been through, her eyes were opened and God changed her life. She is now working on her GED and wants to be a recovery coach. Her and her husband, Jack*, are also back together and God has been working in his life too! Jack now listens to gospel music all the time and can’t stop talking about God! This was their last visit with ABCS as an agency and they recently started having visits in their home. They are also on their way towards reunifying with Yasmine and Jacob! As a statewide ministry, it was a blessing to serve this family in the Central and Southwest regions to help them towards reunification. Will you join us in praying for this family as they continue to grow in the Lord and make progress? *Names changed